The Society of United Professionals was invited to present to the Ontario legislature’s Justice Policy Standing Committee on Bill 161, an omnibus law reform bill that will hamper access to justice.

Legal Aid Ontario Lawyers Local Vice President Dana Fisher presented on behalf of the Society and raised a number of concerns about the legislation with the committee. The Society called on the government to withdraw Bill 161 or at minimum delete the two schedules of the bill that would do the greatest harm to vulnerable Ontarians. 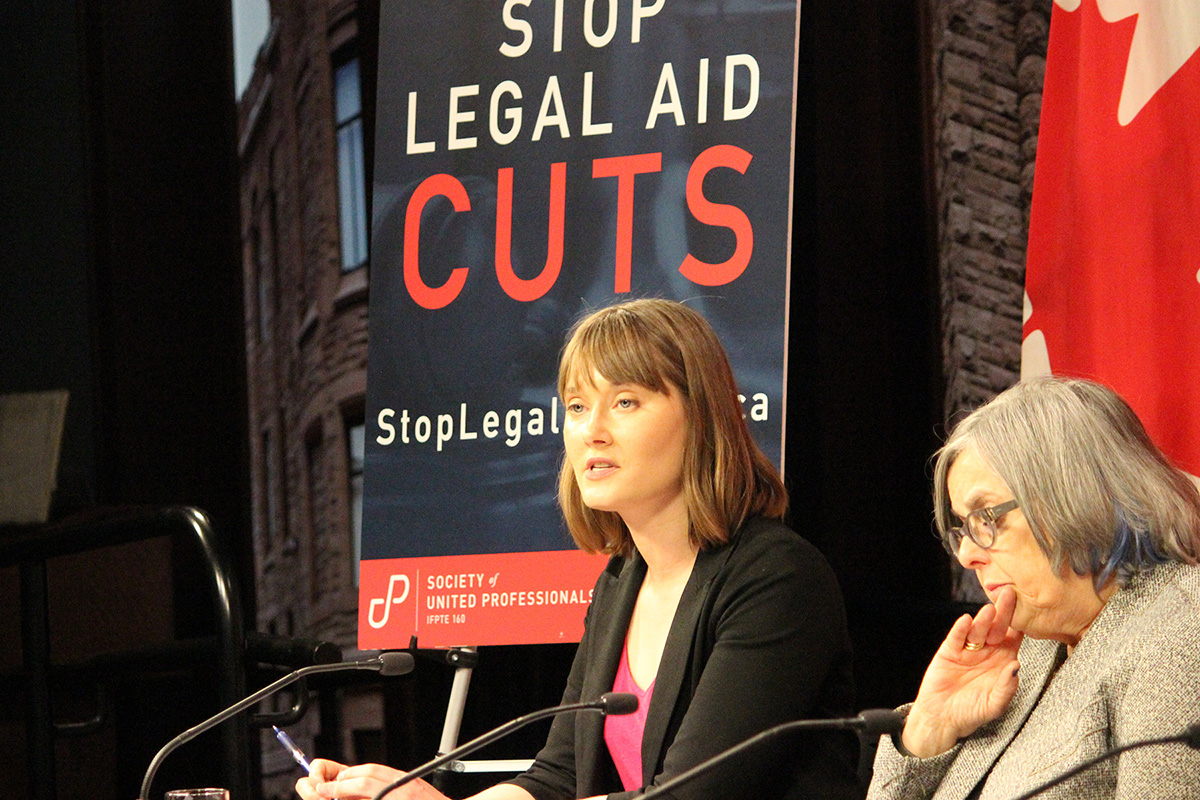 “There is broad consensus within the legal profession and across the political spectrum that Ontario has an access to justice crisis,” Fisher told the committee. “In spite of this, Bill 161 seeks to literally remove the words “access to justice” from the purpose of the Legal Aid Services Act.”

Bill 161 also radically alters Legal Aid Ontario’s (LAO) mandate by flipping the word “shall” to “may” in a key phrase. While it may seem like a minor change, in light of the 30% budget cut imposed on LAO in 2019, it sets the stage for LAO to justify not serving everyone who meets the qualifications for legal aid.

Amendments in Bill 161 could also lead to an LAO that is not – or is not perceived to be – independent of the Ministry of the Attorney General. Presently, the government appoints half the members of LAO’s board while the Law Society of Ontario provides a list of recommended appointees for the government to choose the other half with a chair determined through a balanced selection panel. This has been an important feature as LAO-funded lawyers regularly oppose the Attorney General’s lawyers in court. Under Bill 161, the government is empowered to tilt the balance in its favour.

LAO governance will also suffer because of the decision to remove any reference to advisory committees from the Legal Aid Services Act. At present, LAO must have advisory committees on each of its mandated areas of service – criminal, family, immigration and mental health law – but is also empowered to create other advisory committees as needed. These have been used to engage former clients, experts and leaders from communities of interest like Indigenous peoples, racialized communities, and the French-language community.

Bill 161 may also exacerbate LAO’s budget crunch. The new legislation requires that LAO shoulder the costs of court- appointed lawyers. These are most commonly called “Rowbotham cases.” Presently, Ministry of the Attorney General covers these costs as stipulated in a Memorandum of Understanding with LAO. Media reports have the government on record saying a similar arrangement will continue, which begs the question why any legislative change is being pursued in this area.

Finally, Bill 161 will have a negative effect on legal aid clinics. Clinics have seen major funding cuts due to the government slashing LAO’s budget in 2019. Now, the new legislation would mean that clinics cannot apply for a reconsideration of their funding allocation if their funding is cut again in the future. In addition to funding, Bill 161 would also narrow clinics’ mandates by removing human rights, health, employment and education.

A well-funded and -governed legal aid system is a vital part of the broader justice system. It ensures fairness for the most vulnerable individuals and helps courts run efficiently. Bill 161 will have the opposite effect, which is why the Society continues to advocate for its withdrawal.