March 8 was International Women’s Day, an opportunity to celebrate successes in the movement for women’s equality, reflect on the status of women, and pledge to continue fighting for full gender equality.

Led by Sisters United, the union marked the day in a number of ways, including sponsoring Ontario’s marquee IWD event, the Toronto IWD Virtual Rally. The rally featured activists from Black Lives Matter as well as migrant justice movements and members of the Kurdish community working to educate and inform people across the globe on human rights issues in their homeland.

The Society also participated in the Ontario Federation of Labour’s Sheros Persist campaign. “It has been an unprecedented year for everyone 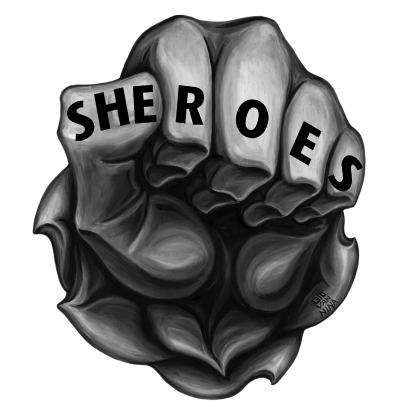 around the globe, especially women,” noted the OFL. Women “are predominantly our front-line workers, our lifelines, and the proverbial grease in (our) economic engines.”

Through the sale of an intricately designed pin with a clenched fist bursting through a rose and “SHEROES” imprinted on the fingers, the OFL produced an empowering symbol feminists can wear all year long. The federation’s intention was to inspire those who wear and see the pin to “remain firm and obstinate in their life journey, despite any difficulty or opposition.” Proceeds from the pins are donated to a number of feminist labour organizations and initiatives.

Society members also participated in a number of community-based IWD virtual events throughout the province. Among them was a keynote speech hosted by Women’s House and co-sponsored by the Society’s Bruce Power Local. The online forum featured feminist author, entrepreneur and speaker Samra Zafar. Unit Director Sarah Beirnes had an opportunity to introduce Zafar and provide introductory remarks.

In her remarks, Beirnes noted that the pandemic has had a disproportionate effect on women. Reports of domestic violence have increased dramatically according to organizations that provide shelter and support to women experiencing abuse. At the same time, women have experienced the majority of job loss both due to the types of businesses and services that have had to close due to public health measures and to take care of children as schools and childcare closed. Beirnes called for governments at all levels to ensure restoring and advancing women’s progress towards equality is a central part of pandemic recovery.

The Society also emphasized International Women’s Day and issues affecting women’s equality through the union’s Facebook page in the week surrounding IWD, which can be found at https://www.facebook.com/thesocietysays.