The future of Toronto Hydro is now the subject of debate in Toronto’s municipal election.

On March 24, mayoralty candidate Karen Stintz announced that, if elected, she would seek to sell-off a majority share of the City of Toronto’s 100% ownership stake in Toronto Hydro. 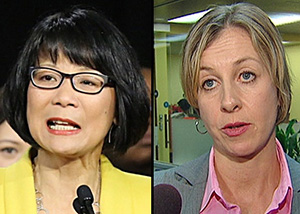 Stintz noted that she would first need to renegotiate the tax status of Toronto Hydro with the provincial government to make it a more lucrative asset for privatization. This announcement is a policy flip-flop for Stintz. On February 26, 2014, Stintz told a Bay Street luncheon that she only wanted to sell 10% of Toronto Hydro.

Other candidates that weighed in were Rob Ford, who supports selling 10% of the utility, and Olivia Chow, who opposes all attempts to privatize Toronto Hydro.

The Society will closely monitor this issue and work with Toronto Hydro Local leadership to ensure members’ interests are looked after.

The Society of United Professionals announced that it...