Sign and share this petition by April 8, 2022 to let the Liberal government know that its anti-nuclear Green Bond Framework is ant-science and will prevent Canada from reaching our climate targets. 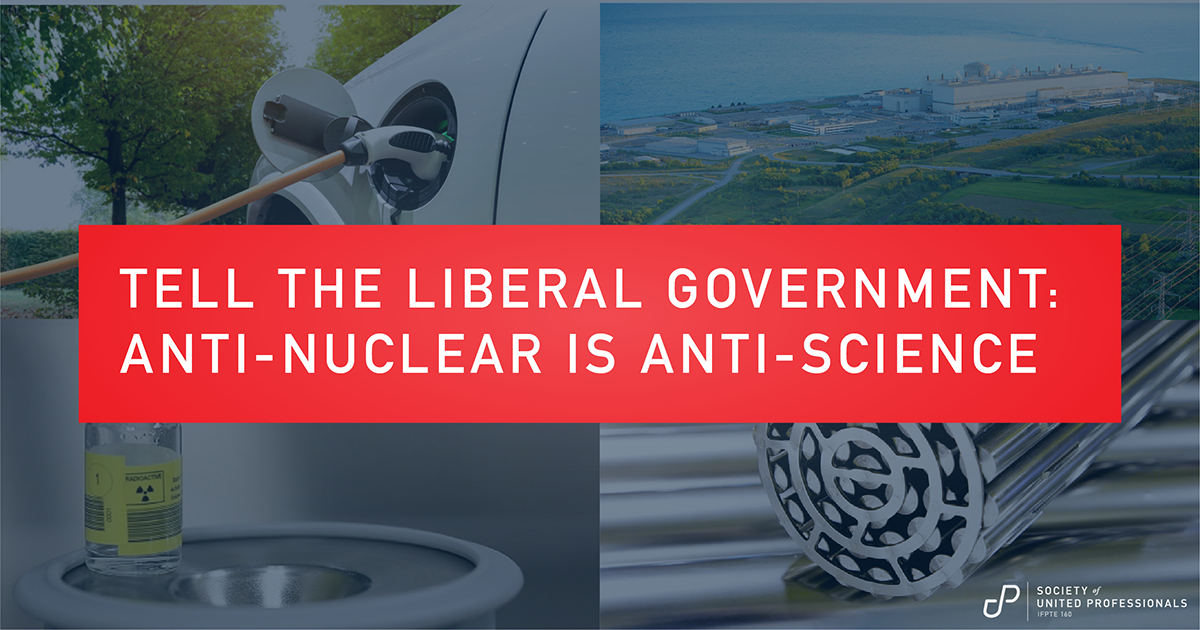 The federal Liberal government has talked a good game on climate action, but they are making a colossal mistake that will prevent Canadians from reaching our climate goals and hurt Canada’s nuclear sector. Please sign and share this petition calling on the government to reverse its anti-science position and include nuclear energy in the Canada Green Bond Framework.

While the rest of the world turns toward nuclear energy as the solution to the unfolding climate catastrophe, Canada is marginalizing nuclear by keeping it out of the new Canada Green Bond Framework. This Framework was created specifically to finance climate action initiatives. Nuclear’s exclusion is especially insulting to Society members when you consider the other Green Bond exclusions: arms manufacturing, alcohol, tobacco, and gambling.

Far from being purveyors of antisocial sins, Society members are at the forefront of Canada’s fight against climate change. Their work was central to the most successful carbon emission-reduction initiative on the continent: closing Ontario’s coal plants and shifting to emissions-free nuclear power.

Through the country's track record of safe and affordable zero-emission energy, Canada is globally recognized and sought out for its nuclear expertise. Others have seen this success and are trying to emulate it. For instance, the Intergovernmental Panel on Climate Change calls for a 98% to 500% increase in nuclear power to avoid catastrophic climate change. The European Union has also included nuclear in what’s known as its “sustainable finance taxonomy,” which means Europe is also seeking to reduce its carbon footprint through new nuclear power generation.

With such high stakes, it is foolish for the Liberals to dabble in anti-science ideology rather than use one of the most effective and proven tools we have at our disposal to reduce carbon emissions.

Please sign and share this petition that calls for the federal government to include nuclear energy within the Canada Green Bond Framework: https://petitions.ourcommons.ca/en/Petition/Details?Petition=e-3912