On January 20th at 8:00 am Rebecca Caron, of OPG, and I got on a bus with about 42 Ontario Federation of Labour sisters to attend the Women’s March in Washington, D.C.

This was not simply an anti-Trump protest.  The only inference to Trump was all the pink knitted “pussy hats.”  The goal of the march was quite simple: “to affirm our shared humanity and pronounce our bold message of resistance and self-determination.” 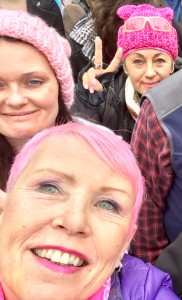 We arrived around 9:00 am on Saturday and by 9:30 the Washington Mall was a sea of pink (my hat was knitted by Inergi Local Unit Director Renee Frost).  In fact, the police had to open up the side streets as more and more people started gathering.  They had originally thought that there would be maybe 200,000 people in attendance.

It was peaceful and the energy from those that attended was positive.  Imagine more than 500,000 people and no incidents.  So many that we spoke with thanked us Canadians for coming and supporting them.

If you Google the Womens’ March you can see and hear a number of the amazing speakers that were there.  To list a few that really resonated with me: Angela Davis, Ashley Judd, Gloria Steinem, Scarlett Johansson, Madonna and America Ferrera.

The larger goal is to harness the energy and launch a robust feminist community around the world. Gloria Steinem asked us all to speak to the people around us, get their e-mail addresses and plan next steps. The fight is against gender, racial and sexual inequality.

All in all an historic event that we are proud to have been part of.

Dianne Mowat is the Inergi Local’s recently retired Vice President. Society members also participated in the Toronto Women’s March (photo below), held in solidarity with the march in Washington, D.C. 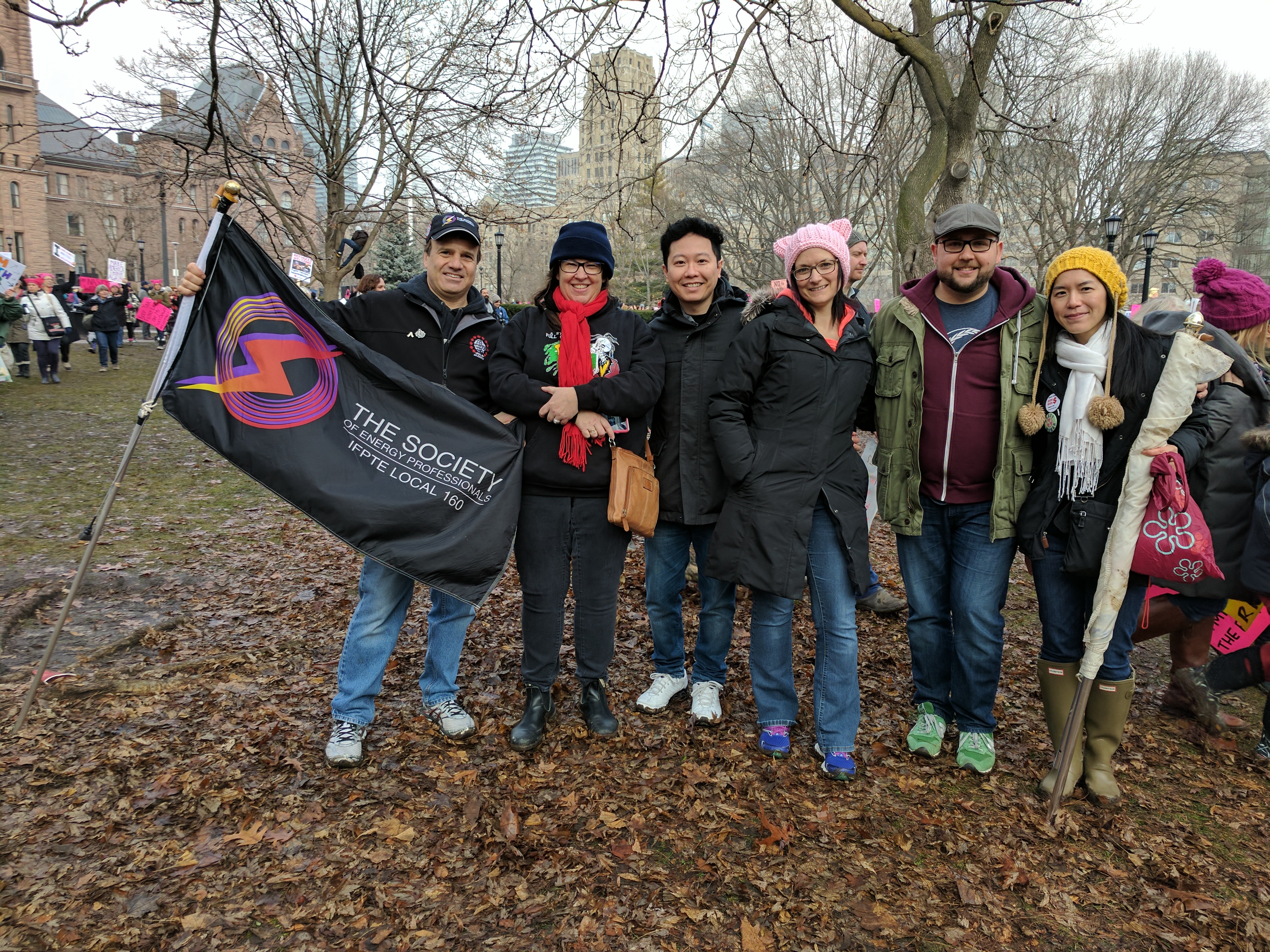 The Society of United Professionals announced that it...