Our Community Needs Our Courthouse

We are asking all members to send letters to the Premier, the Attorney General and to your MPP to stop this unnecessary amalgamation and to share our campaign on social media too. Please click and share the links below to support your colleagues in asking for the government to stop the unnecessary merger of the North York, Etobicoke and Scarborough courthouses into the NTC and TRBC. 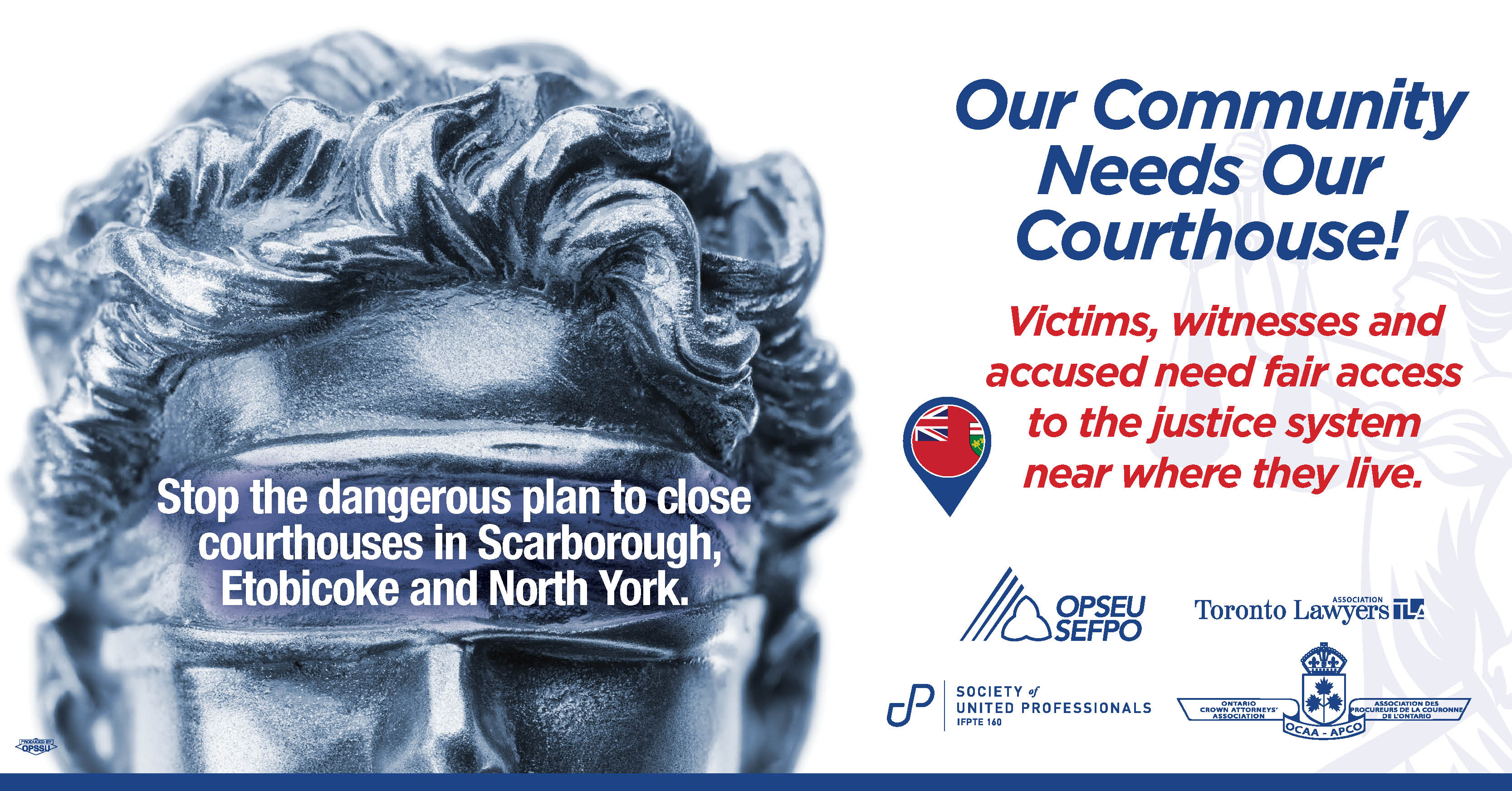 The Society is continuing to pressure the provincial government to save community courthouses in Scarborough, Etobicoke and North York. The courthouses, along with the array of justice services they provide, are slated to be closed when the New Toronto Courthouse opens downtown.

In coalition with OPSEU, the Ontario Crown Attorneys Association and the Toronto Lawyers Association, the Society has launched a petition and letter-writing campaign aimed at persuading Premier Doug Ford and Attorney General Doug Downey to reverse the court closure decision initiated by the previous Liberal government.

For full details of the issues with the New Toronto Courthouse and community court closures see the letter the Society wrote to Premier Ford: https://www.thesociety.ca/society-raised-health-and-safety-issues-new-toronto-courthouse.

To sign the petition against court closures go to: https://www.change.org/p/saveourcommunitycourts-opseu-org-our-community-needs-our-courthouse-notre-communaut%C3%A9-a-besoins-de-son-palais-de-justice.

To send a letter to Premier Ford and Attorney General Downey go to: https://opseu.org/ourcommunityneedsourcourthouse