Minister of Energy Glenn Thibeault visited the Pickering Nuclear Generation Station (PNGS) on April 10 for a tour of the facility and chance to meet key stakeholders. Also in attendance was the Mayor of Pickering David Ryan. 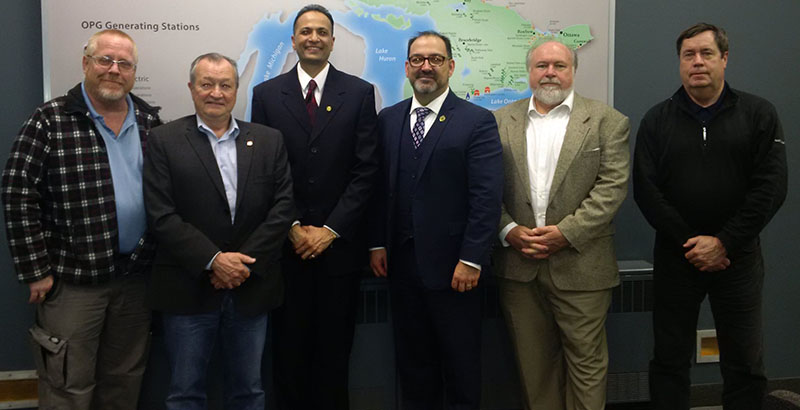 Labour was also represented by David Shier, the National Director Canadian Nuclear Workers Council. Jeff Lyash, President and CEO of OPG and Randy Lockwood, Senior Vice President of PNGS, were on hand to showcase the station.

At the session Travers and Shier emphasized the vital contribution union members make not only in operating the station but in the supply chain. The strong union presence at this meeting highlighted The Society’s support for the extended operations of Pickering to 2024. Attendance at meetings such as this is an important part of SEP’s work to preserving jobs for its members and improve working conditions.