SEP members across the province are proudly displaying posters and desk tents to show their support for the union’s new Charter of Inclusive Workplaces and Communities.

The Charter was launched in part as a response to the execution of six Muslim men in a Quebec City mosque, as well as escalating hate crimes and public acts like the desecration of holy texts and anti-Muslim rallies. The charter calls for everyone to play a role in stopping discrimination in all of its forms, including racism and Islamophobia. 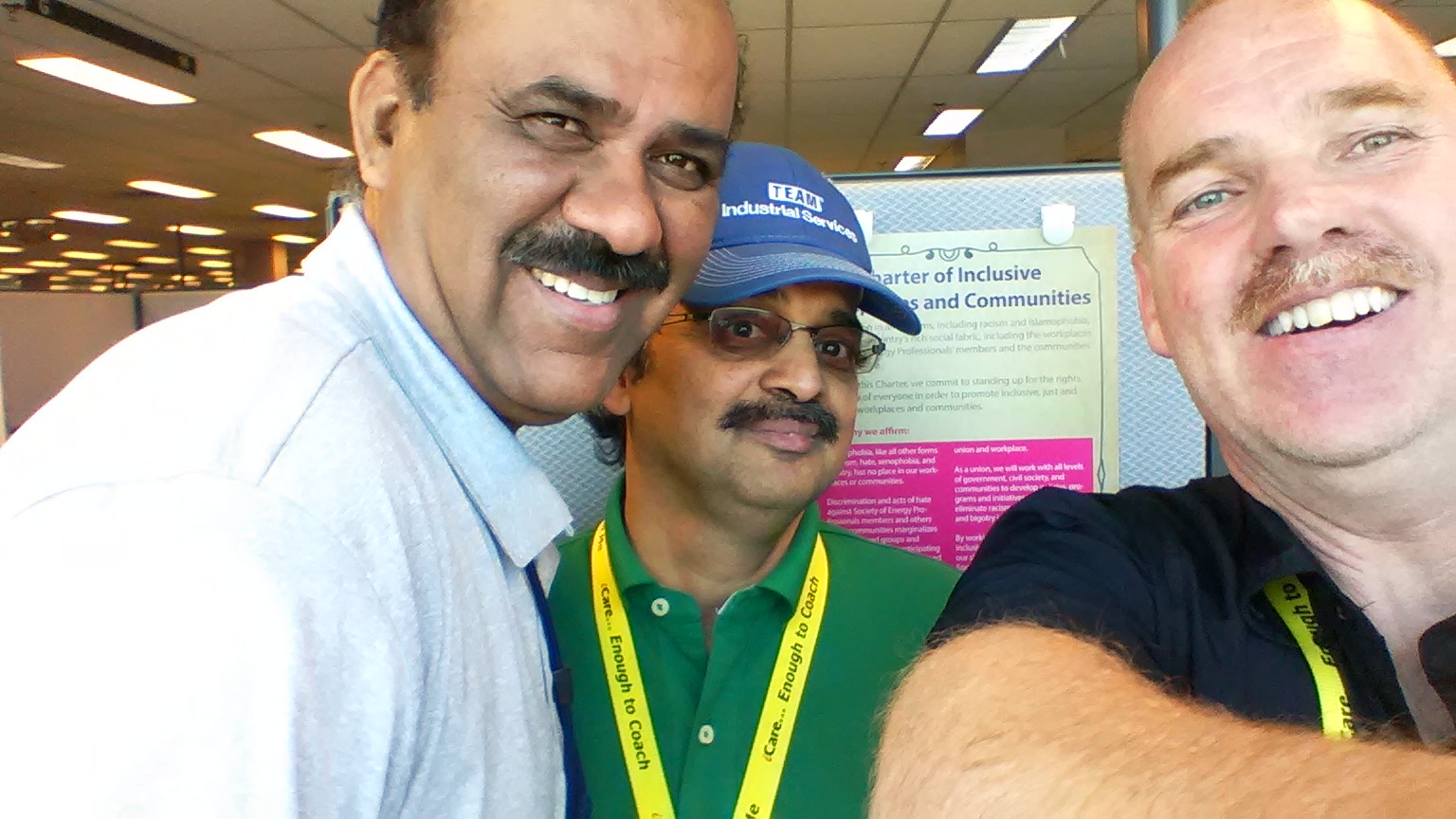 Along with the support of members, the Charter has been actively supported by our international union, the International Federation of Professional and Technical Engineers, and many members’ employers. The Toronto and York Region Labour Council has also praised SEP for the strength of the Inclusive Workplaces and Communities Campaign, going so far as to use SEP as an example for other unions to follow.

A new contest for members also launched along with the Charter. To encourage members to talk about inclusive workplaces and communities with their colleagues, The Society is giving away a catered lunch to the delegate group that submits the most photos with the Charter for Inclusive Workplaces and Communities. Click here to find out all the details and how to submit your photos (contest details near the bottom of the page).

Aligned with the Charter, The Society also co-sponsored an iftar with the Toronto & York Region Labour Council, the National Council of Canadian Muslims and Toronto City Councillor Neethan Shan. This was the first iftar – which is the breaking of the fast at sundown on each day of Ramadan – ever held inside Toronto City Council’s chambers. Dozens of SEP members of a wide variety of faiths attended to learn more about Ramadan and show solidarity with the Muslim community following a number of high-profile hate crimes. President Scott Travers and International President Greg Junemann were among the dignitaries on hand, which included a number of other labour, community and political leaders.