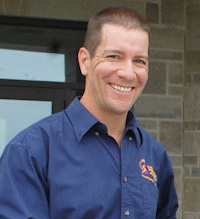 Having spent 24 years in nuclear at Ontario Hydro and Bruce Power, Gade hopes to build on the legacy of his predecessors. “The predecessors gave me what I’ve got,” said Gade soon after he was declared the winner. “So I want to be able to set the next generation up for success.”

With a tough round of bargaining expected ahead, Gade said he wants to get started in his new post by building a stronger Bruce Power Local team. “I want to make this local more democratic and make better use of the elected representatives,” said Gade.

Gade has been an active Society member since he first joined in 2010. Since 2012 Gade has been the director for Unit 7 at Bruce, and has served on a wide range of union committees.

Congratulations to all Society members who recently retired!...

The Society of United Professionals is proud to...